One of the most significant women’s clubs of all time was formed by black women for the advancement and empowerment of black communities. It is also the first and oldest national Black Organization, and it is known as the National Association of Colored Women’s Clubs.

For Black Americans, the post-abolition era was characterized by a shadow of violence, hardship, and oppression. Plagued by social issues like poverty, illiteracy, and poor working conditions, black communities recognized a resounding need for justice and reform. The rise of Jim Crow Laws gave way to heightened racism, then to widespread violence as lynchings threatened the safety and sovereignty of African Americans. 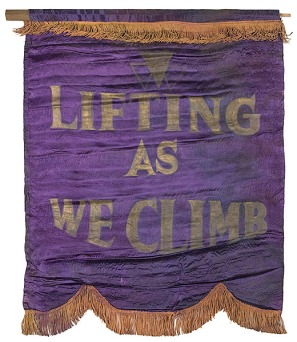 Especially in the South, white communities ignored the dire call to end racism and racial violence. In 1896, that call became even more urgent when a journalist named James Jacks delivered a horrifying response to a letter asking him to publicly condemn lynching. Jacks specifically attacked black women in his publication, describing them as “prostitutes” and “thieves” who were “devoid of morality”. His words demonstrated that much of the country was too enmeshed in it’s archaic, dangerous views of race to come to the aid of its black citizens.

Black women quickly realized that their greatest strength was in their identity. Their greatest weapon against racism was their own deep understanding of the plight of being black, woman, and oppressed in post-abolition America. In this time of radically heightened hostility, it was clear that black women themselves would have to begin the work toward racial equity- and they would have to do so by elevating themselves first. This realization prompted the coalescence of the National Association of Colored Women (later known as the National Association of Colored Women’s Clubs).

The founding members of NACW rejected Jacks’ venomous narrative because they valued the strength and virtue of the black woman and knew that she was the key to moving Black Americans forward in society. The National Association of Colored Women was born out of this knowledge. Mary Mcleod Bethune officially organized the NACW in 1896. She would later become the first black female to head a federal office. Mary Church Terrell, a lifelong advocate for desegregation and women’s suffrage, acted as the Association’s first President. Another founding member was Josephine St Pierre Ruffin, who also created the very first black women’s newspaper. Other iconic members of the NACW are Fanny Coppin, Harriet Tubman, and Ida B. Wells.

The NACW’s founding principle was “Lifting as we Climb”, which echoed the nature of its work. Core members of the Association were educators, entrepreneurs, and social activists. They believed that by elevating their status as community organizers and leaders, black women could elevate the status of their entire communities. The Association focused on improving the public image of black women and bolstering racial pride. An empowering social space, the NACW encouraged black women to take on leadership roles and spearhead reform within their communities.

In the coming decades, the NACW focused much of its efforts on providing resources and social services to some of the most powerless members of society. Social welfare projects centered on a variety of youth issues.The Association built schools to offer better educational opportunities to children and to protect them from entering the juvenile justice system. The women of NACW also aided the elderly by funding and establishing assisted living homes. The Association was committed to promoting good moral standing and erasing harmful, racist stigmas about their community. Thus, they encouraged all members of the community to embody acceptable standards of hard work and virtuous behavior. The NACW provided access to many other resources, including daycares, health clinics, job trainings, and parenting classes. 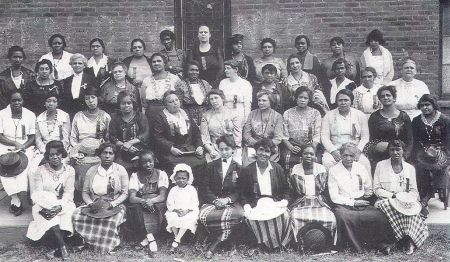 The NACW also hoped to provide better opportunities for black women to advance as professionals and leaders. They established programs to assist women migrating from the South, offering affordable housing and job opportunities. Politically, the NACW took a strong stance against racist legislation. Mary B. Talbert, a founding member, was one of the most influential voices in the fight for passage of a federal anti-lynching bill. During this fight, the NACW fundraised, organized, and ultimately helped to further the agenda of anti-lynching activists. The Association also participated in the pursuit for women’s suffrage. With the NACWC behind them, black women influenced legislation, education, youth issues, economic empowerment, literacy, and activism as they worked tirelessly to meet the needs of Black America. In the past century, the NACW has secured tremendous progress and justice for African American communities. Today, the organization continues its devotion to the betterment of those communities. Now known as the National Association of Colored Women’s Clubs, the Association includes chapters all over the country and is primarily active in fundraising, education, and health and social services.

When great women convene for a cause, it is often found that the strength of their numbers transcends the power of solidarity. Women who share a common goal quickly realize the political, economic, and social power that is possible with their shared skills and talents- the power to transform their world. The National Association of Colored Women’s Clubs is an inspiring testament to the power of united women.

To learn more about the National Association of Colored Women’s Clubs, visit www.nacwc.org/

One thought on “Lifting as We Climb: The Story of America’s First Black Women’s Club”